Generally speaking, an experienced ASE Certified mechanic should be able to perform most of the routine maintenance tasks on your hybrid vehicle.  However, hybrid repairs, and anything other than basic maintenance, should only be performed by ASE Certified hybrid professionals with the training, equipment and advanced hybrid technology to properly diagnose and repair your hybrid vehicle. 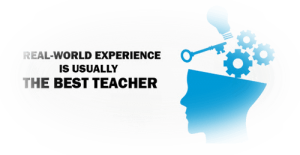 Access to the latest technology, equipment and specialized training have greatly  improved the diagnostic process, but there’s no substitute for real world experience and that’s’ where the problem lies with repairing hybrid vehicles.  Very few auto shops specialize in the repair of hybrid vehicles, even fewer have access to the latest hybrid diagnostic technology and meaningful real-world diagnostic experience is limited to the few pioneers that believed in hybrids before they became trendy and popular.

Lack of real world experience is rampant at many hybrid dealerships and they seem to have embraced a “Trial and Error” approach to hybrid repair.  If the root source of the problem can’t be positively identified, the symptoms caused by the problem are used to determine the areas that are most likely to be the cause.  Then they make “Trial and Error” repairs until they get a positive result.  It’s an expensive game to play even when your hybrid is under warranty, but it can be an emotional and financial drain  out of warranty.  there’s no guarantee that any of the repairs will actually resolve the problem long-term.  Let’s take a look at how this philosophy played out with a real hybrid owner before they became an Electron customer. 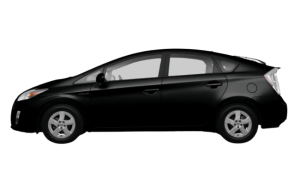 The owner of a 2010 Toyota Prius started having problems with their hybrid after it was out of warranty.  The engine would make a nasty knocking noise on start up and go away after a few seconds and would occasionally set off a misfire code.  This would happen most mornings and sometimes while stopped at a traffic light, but it was not an everyday occurrence.

The owner took her Prius to the Toyota dealership where she had purchased it to get repaired, but her Prius wasn’t making the loud knocking sounds, misfiring or showing any misfire error codes at the dealership.  She explained in great detail what had been going on with their 2010 Prius to the service manager and she left her vehicle with the dealership to be properly diagnosed.  The dealership called two days later and confirmed that the car did make a horribly loud knocking sound when they started it that morning and it did misfire a couple of times which triggered the misfire sensor warning code.

They also told the owner that they were in unchartered territory because they had never worked on a car with similar issues before.  The dealership told the owner that they had narrowed down the possibilities and had a pretty good idea of where the problem originated, but they couldn’t be 100% certain.  With her Prius no longer under dealer warranty, she felt she had no other choice but to take her chances and move forward with the repairs recommended by the dealership.

This “Trial & Error” form of Hybrid Diagnosis and Repair went on for two weeks and involved 3 different Toyota dealerships.  During that time, the Dealerships had her replace all of her spark plugs, all of her ignition coils, her fuel injectors, the intake manifold and had her purchase and install an Exhaust Gas Recirculation system or EGR.

At the end of the dealership’s two week Trial & Error Method of Hybrid Repair, she had spent over $5,000.00 and none of the issues had been fixed.  For this particular Toyota Prius owner, the last straw was when the dealership recommended that she replace the entire engine, but wouldn’t guarantee that replacing the entire engine would resolve the problems.

That’s when the Prius owner contacted Electron.  She explained the entire story to Electron’s Owner, Chris Nosalek, and asked him if we could help.  She brought her Prius in the next morning and we spent hours double checking all of the work that had recently been done.  We couldn’t find a single issue with the work, so we combed through the diagnostic tests that we ran and all of the paperwork that the dealerships had given her for the work that they had completed over the last few weeks looking for inconsistencies.

Before we run diagnostic tests on any vehicle, we benchmark the levels of all fluids.  One of our technicians noticed that the benchmark reading on her coolant level was low before we started testing, but there were two invoices from dealerships saying that they had topped off the coolant level within days of us testing her Prius.

The engine would misfire when it was started because of the coolant in the engine, but it only takes a few seconds for the engine to blow out the coolant and for the engine to start running properly again.  We replaced the head gasket for our new customer and her Toyota Prius has been running like a champ ever since.  This situation first happened in 2015, but faulty head gaskets became a major issue within a year and it’s now standard operating procedure for Toyota dealerships and all professional Hybrid Auto Repair shops to check the head gasket first when hybrids show these very same symptoms.

Dealerships can afford Trial & Error Hybrid Repair when your hybrid is under warranty, but it’s not a pretty picture for hybrid owner’s once their warranty has expired.  Independent Professional Hybrid Repair facilities like Electron Hybrid Solutions can’t afford to make the same diagnostic mistakes that dealerships do and we stand behind all of our hybrid repair and hybrid battery remanufacturing work 100%.